Last night Jupiter ad the moon went together across the sky.  It was so bright it was almost enough to read by.  I don’t have a tripod and my hands tend to shake so forgive the little bobble.  The pics aren’t nat geo worthy but thought I’d share anyway.

James and I went out to watch off ad on, to see how they moved together, talking about how the orbits of Jupiter makes it rare that such a thing occurs. 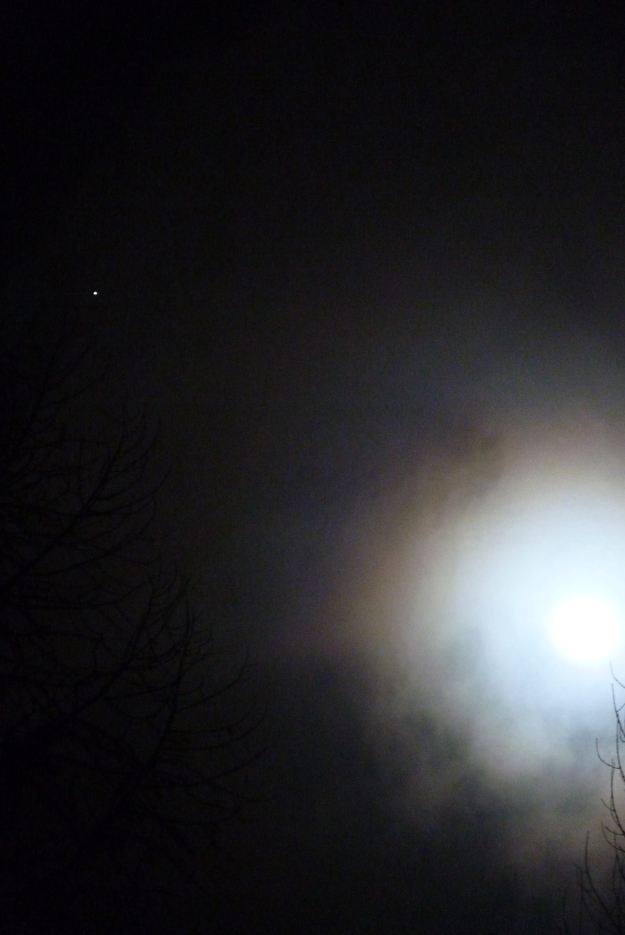 Being as remote as we are the night sky is much closer and personal than it seems to e for those who are locked under the canopy of light pollution.  This time of year we often have heavy haze or cloud cover at night but even the haze can not hide the stars, the moon, planets or the comets we have located in the last few months.   (Pop quiz coming soon for the homeschool boy… chart the constellations and the paths of the celestial bodies we have looked at though the binoculars.) Ilook forward to posting it.

3 thoughts on “Jupiter and the moon”